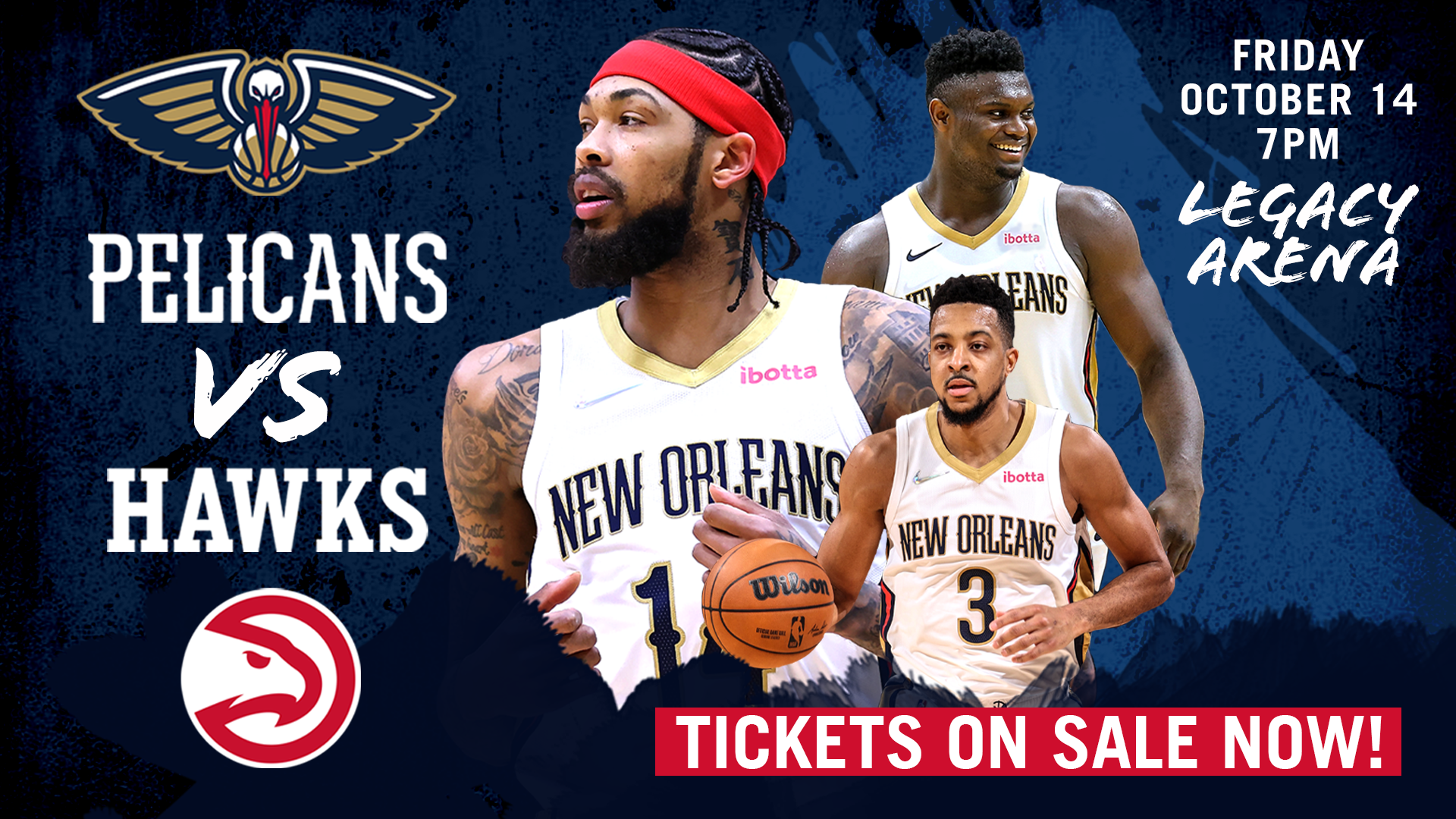 BIRMINGHAM, AL (August 15, 2022)– The Birmingham Squadron, NBA G League affiliate of the New Orleans Pelicans, announced today that tickets to the Pelicans’ preseason game against the Atlanta Hawks on Friday, October 14, at Legacy Arena are now on sale to the general public.

The New Orleans Pelicans will conclude preseason play against the Atlanta Hawks on Friday, October 14 at Legacy Arena in Birmingham AL – home of the Birmingham Squadron. Tip-off is at 7:00 p.m. CDT.

Individual tickets for the Pelicans-Hawks game are now available at the BJCC Box Office and Ticketmaster.  For group tickets and premium seating, fans can visit https://birmingham.gleague.nba.com/tickets/ or call the Squadron office at (205) 719-0850.

15,000 t-shirts will be given away at the gate courtesy of Morris Bart.  Entertainment and game features will be announced at a later date.