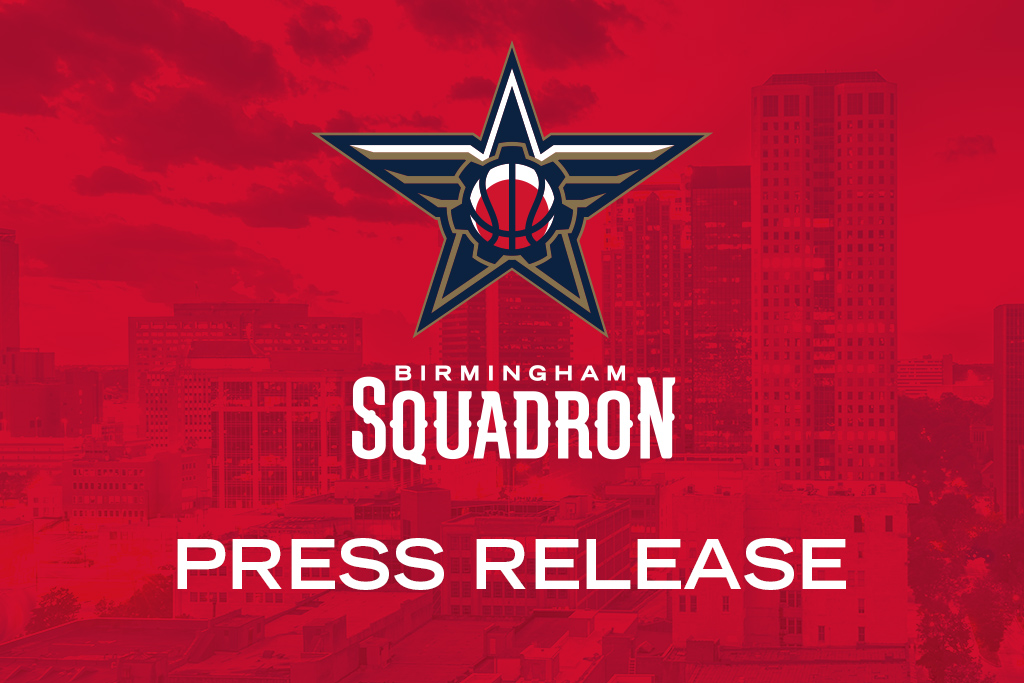 BIRMINGHAM, Ala. (August 2, 2021) – The Birmingham Squadron of the NBA G League announced today Alabama Sports Hall of Fame broadcaster Eli Gold has been named the “Official Voice of the Squadron”. Gold will serve as the primary play-by-play announcer for all home and away games of the Squadron’s inaugural season beginning in November.

“Eli is one of the most recognizable voices in all of sports and has been such an important part of the sports landscape in the state of Alabama for decades,” said David Lane, General Manager of Business Operations for the Squadron. “It was a no-brainer to have him lead the Birmingham Squadron broadcast. We’re honored to be able to bring him on as a part of the Squadron.”

Gold joins the Squadron broadcast with five decades of experience under his belt. The Brooklyn, New York native has made a name for himself in Alabama, as he is most well-known for his role as the voice of Alabama Crimson Tide Football, a role he’s held since 1989 – in fact, 32 of his 50 years in the broadcast industry have been spent in the state of Alabama.

The award-winning sportscaster began his illustrious broadcast career in 1971 doing minor league hockey broadcasts before joining the Birmingham Bulls of the WHA in 1976 – Gold’s first gig in the state of Alabama. Since then, he has called games for the St. Louis Blues and Nashville Predators of the NHL, the Birmingham Barons, covered NASCAR and even served as the first play-by-play announcer for the UAB Men’s basketball program before finding his long-term home as the official voice of Crimson Tide football.

“I’ve been a life-long NBA fan, and being able to be a part of the broadcast for the Birmingham Squadron and the future talent of the New Orleans Pelicans was an offer that I couldn’t pass up,” said Gold. “I think I can speak for myself and many sports fans in Birmingham and across the state of Alabama – I’m thrilled to have the Squadron in town and can’t wait for the season to get started.”

Gold was inducted into the Alabama Sports Hall of Fame in 2014 and over his career has been selected as “Alabama Sportscaster of the Year” five times by the National Sportscaster and Sportswriter Association and twice by the Associated Press. In 2019 he also received the Chris Schenkel Award by the National Football Foundation & College Hall of Fame, given annually to a sports broadcaster who has had a long and distinguished career broadcasting college football.

Gold will continue in his current roles as the official voice of Alabama Crimson Tide Football as well as his hosting duties of “Crimson Tide Rewind”, “Hey Coach” and the “Nick Saban Show” on the Crimson Tide Sports Network.

Fans will get their first look at Gold on the Squadron broadcast in November when Birmingham’s inaugural season tips off. More information on the Squadron’s schedule and where games will be broadcast will be released in the coming weeks.

“When the team is on the road or a fan isn’t able to make it to a game in person, we want to be able to provide a first-class broadcast to experience the game,” said Joseph Hooven, Manager of PR and Broadcast for the Squadron. “Our goal is to be the best in the league, and we believe the addition of Eli Gold to our crew will help us achieve that.”

For media inquiries, please contact Joseph Hooven from the Birmingham Squadron’s communications department at 256-777-4438 or via email at Joseph.Hooven@pelicans.com.