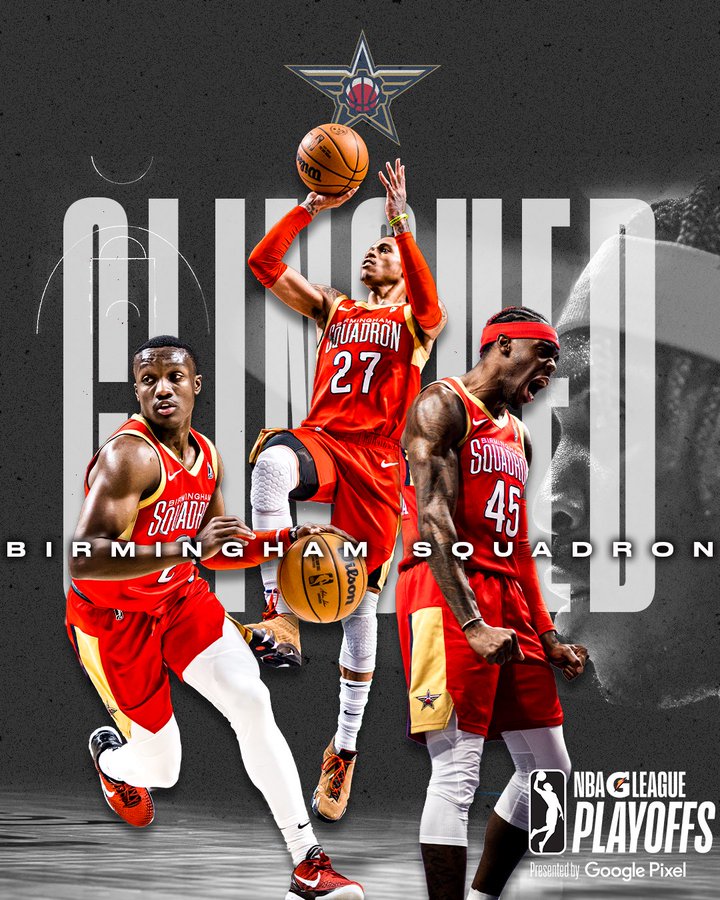 Birmingham overcame an early deficit in the first half, trailing by as many as 13 until Squadron center Zach Hankins posted a nine-point second quarter (4-for-6) to give the Squadron a lead they wouldn’t lose for the remainder of the game. Hankins finished with his fifth double-double of the season with 13 points and 12 rebounds, while adding three assists and a team-high three blocks.

Leading the way in the scoring column for the Squadron was guard Joe Young, who totaled 24 points on 9-for-19 shooting, including 3-for-7 from deep. He also added two rebounds five assists and a steal in the game. Guard Jared Harper also posted 22 points, his 15th 20-point game this season, while adding five assists and a rebound.

Wolves’ two-way guard McKinley Wright IV led the way for Iowa, posting 25 points on 8-for-18 from the field, including 3-for-7 from behind the arc. Wright IV also added a team-high 15 assists, six rebounds and one steal in the game.

Birmingham will return home to fight for a home playoff game, facing the Stockton Kings (15-16) at Legacy Arena on Thursday night at 7:00 p.m. CT for their final regular season home game.