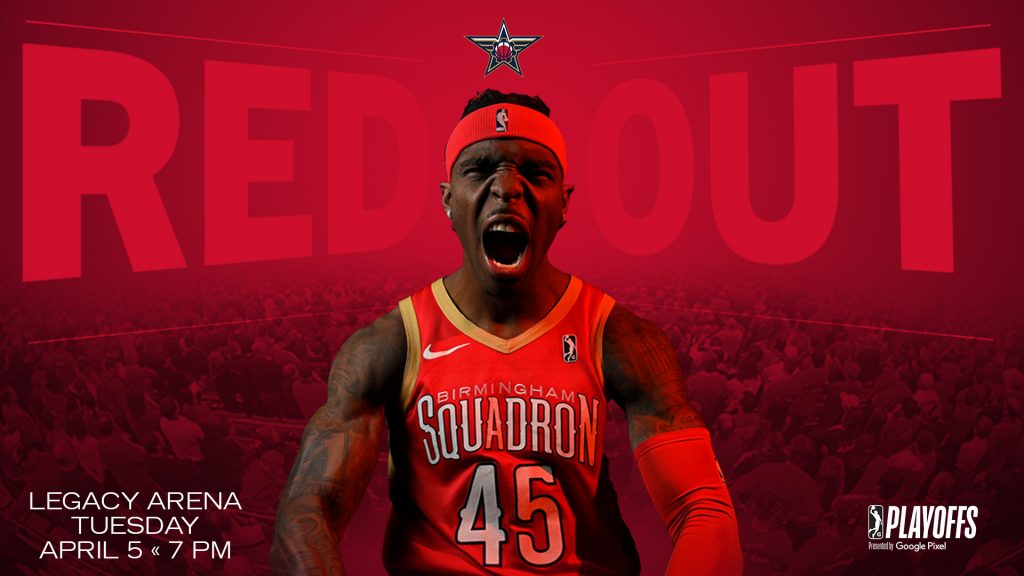 BIRMINGHAM, Ala. (April 2, 2022) – The Birmingham Squadron (18-14), NBA G League affiliate of the New Orleans Pelicans, took hold of the fourth seed after tonight’s win over Memphis and are set to host the fifth seed Texas Legends (19-15) in the western conference quarterfinals in the 2022 NBA G League Playoffs.

The matchup is set for Tuesday night, April 5th at 7:00 p.m. at Legacy Arena. The game will be broadcast locally on My68, V94.9 FM and streamed on NBAGLeague.com and https://birmingham.gleague.nba.com/live/.

The Squadron are hosting a “Red Out” at Legacy Arena for the franchise’s first-ever playoff game Tuesday. The first 2,000 fans will receive a red t-shirt courtesy of the Squadron.

The 2022 NBA G League Playoffs will consist of three rounds of a single-elimination tournament – the conference quarterfinals, conference semifinals and conference finals – before heading to a best-of-three series for the G League Finals.

Birmingham hosts Texas for the teams’ sixth meeting this season. Texas leads the series 3-2 (2 Showcase, 3 regular season). In their most recent matchup at Legacy Arena on Sunday, March 27, Birmingham defeated Texas 127-97, their largest margin of victory over any team this season.