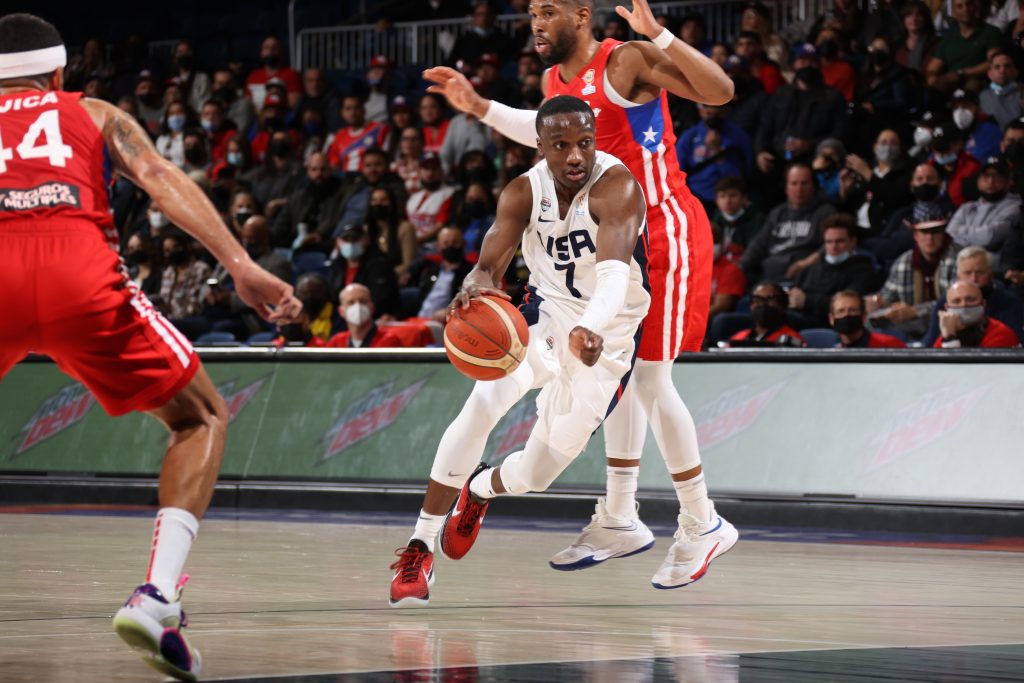 Both guards played a key role in the team’s success this week, as Harper averaged 7.0 points, 3.0 rebounds and 5.5 assists in 20.5 minutes over both contests, while Wright-Foreman logged averages of 11.5 points, 2.0 rebounds and 1.5 assists in 17.5 minutes per game.
Harper also led the team in assists both games with five against Puerto Rico and six against Mexico.

The pair will now return to the Squadron (10-8) as the team heads to Ontario, California to face the Agua Caliente Clippers in a back-to-back road series.

About 2021-23 FIBA World Cup Qualifying
Featuring 16 national teams from North America, Central America, South America and the Caribbean, the 2021-23 FIBA World Cup Qualifying Tournament for the Americas zone features four preliminary round groups, and each group consists of four teams. The top three teams from each group will qualify for the second round. Following the second round, the three top teams from each group, and the top fourth-placed team, will qualify for the FIBA Basketball World Cup 2023.
The USA was drawn into Group D, and is joined by Cuba, Mexico and Puerto Rico. Group A consists of Argentina, Panama, Paraguay and Venezuela.

About USA Basketball
Based in Colorado Springs, Colorado, and chaired by retired Gen. Martin Dempsey, USA Basketball is a nonprofit organization and the national governing body for basketball in the United States. As the recognized governing body for basketball in the U.S. by the International Basketball Federation (FIBA) and the United States Olympic & Paralympic Committee (USOPC), USA Basketball is responsible for the selection, training and fielding of USA national teams that compete in FIBA-sponsored five-on-five, 3×3 and esport international competitions, as well as for some national competitions and for the development of youth basketball initiative that address player development, coach education and safety, while promoting, growing and elevating the game.
Connect with USA Basketball at USAB.com and on Facebook (USABasketball, USABYouth), Twitter (@usabasketball, @USABJNT, @USABYouth, @USAB3x3), Instagram (@USABasketball, @USABYouth, @USAB3x3) and YouTube.com/usabasketball.