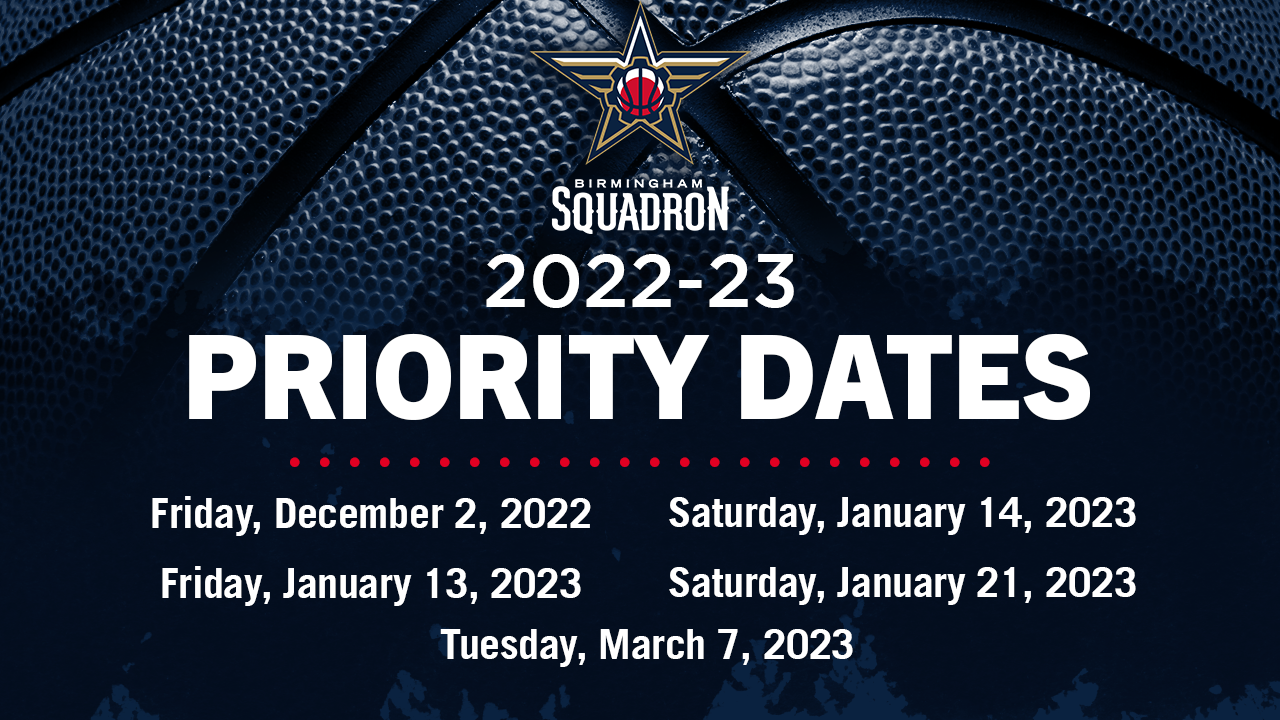 BIRMINGHAM, Ala. (May 24, 2022) – The Birmingham Squadron, NBA G League affiliate of the New Orleans Pelicans, unveiled  priority dates of the team’s 24 home games for the 2022-23 season. Included in the priority dates is their second-annual Literacy Day on Tuesday, March 7, 2023.

Fans can lock in their seats at Legacy Arena for the Squadron’s second season in Birmingham by calling the front office at (205) 719- 0850 or by visiting https://birmingham.gleague.nba.com/tickets/

The Squadron are excited host Birmingham-area students for the team’s second-annual Literacy Day on March 7, 2023. Last season, the Squadron partnered with I See Me, Inc. for Literacy Day in an effort to promote literacy in local schools. The team hosted over 3,500 students for a mid-day game at Legacy Arena, and during the month leading up to the game, the Squadron sponsored a reading contest in participating schools, leading to over 50,000 books read in the Birmingham area.