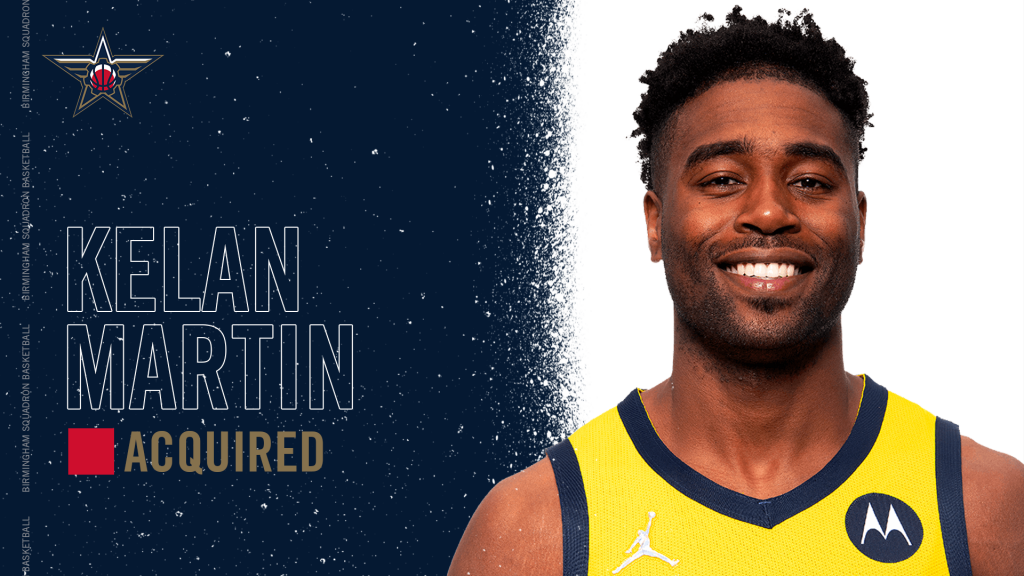 Martin is entering his fourth season in professional basketball and has spent time with the Minnesota Timberwolves, Indiana Pacers and Boston Celtics organizations. The Butler product has appeared in 96 NBA contests with six starts and owns a career average of 5.5 points, 2.4 rebounds and 13.2 minutes per game. The Louisville, Ky. native holds a career field goal percentage of .414, including a 30.7% mark from three.

The 6-5, 230-pound forward entered the league as an undrafted free agent with Minnesota and appeared in 31 contests with four starts his rookie season.

Martin finished his college career as Butler’s second all-time scorer, notching 2,047 points in his four seasons as a Bulldog. In his senior season, he was named unanimous All-Big East First Team, was well as an Associated Press Honorable Mention All-American. Martin garnered Second Team All-Big East honors in both is junior and sophomore seasons in Indianapolis.

At the collegiate level, Martin averaged 15.1 points and 5.2 rebounds in 26.9 minutes per game, while shooting the ball at a .437 mark, including 34.8% from three-point distance. His career-high 37 points came on January 12, 2018 against Big East foe Marquette.