BIRMINGHAM, AL (September 3, 2021) – The NBA G League and the Birmingham Squadron announced today their full 2021-22 season schedule. The Squadron will tip off their inaugural season on the road against the Greensboro Swarm on Friday, November 5 at 7:00 p.m. ET. The Squadron’s home opener is set for Sunday, December 5 at 5:00 p.m. against the Mexico City Capitanes.

“This is an exciting day for the Birmingham Squadron franchise,” said David Lane, General Manager of Business Operations for the Squadron. “Over the last several months we have spent so much time planning and putting together an NBA-caliber in-arena experience for the city of Birmingham. Now we have the official dates to look forward to seeing our fans in the stands, and we can officially begin counting down the days to our first game in Legacy Arena on Sunday, December 5th.”

Legacy Arena in downtown Birmingham will be the new home of the Birmingham Squadron and will play host to 24 Squadron home games this season. The arena is currently undergoing a $123 million renovation that is scheduled to be completed in time for the Squadron’s home opener scheduled for Sunday, December 5 at 5:00 p.m. against the Mexico City Capitanes. 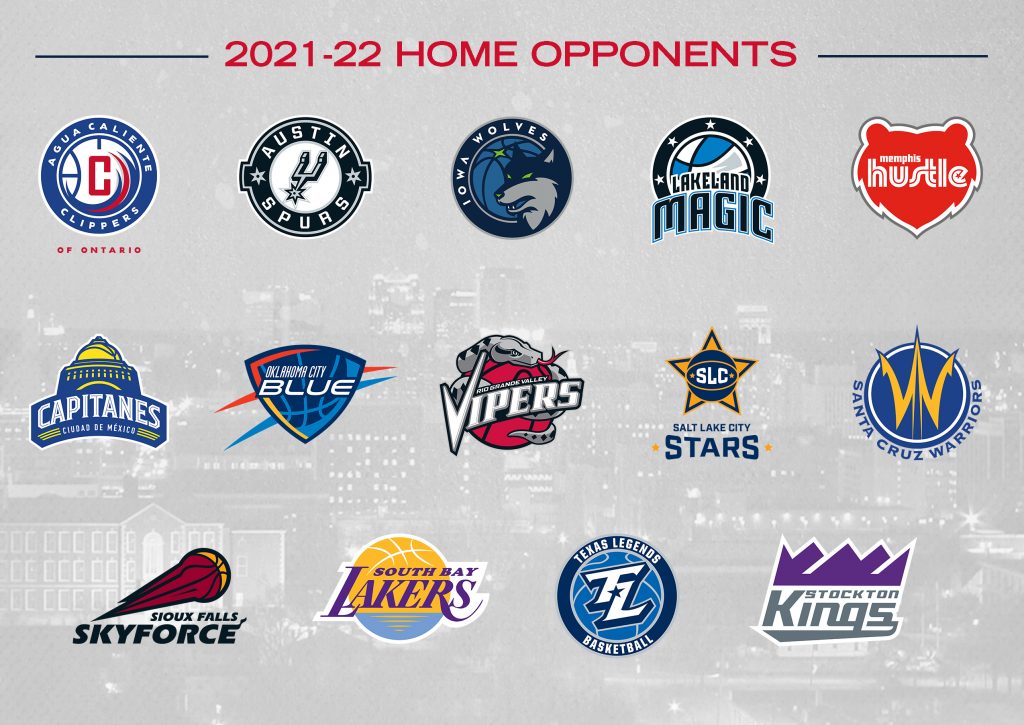 The NBA G League is implementing an innovative structure for the 2021-22 season, which will split the season schedule in two parts in order to bolster competition around the league. The 50-game season will begin with a 14-game Showcase Cup that will conclude with the NBA G League Winter Showcase at a neutral site. The season will continue with a traditional 36-game regular season and G League Playoffs. At the conclusion of the regular season, the top six teams in each conference will qualify for the NBA G League Playoffs.

The Squadron’s 50-game schedule for 2021-22 includes 24 home games, 24 road games and two neutral site games at the annual NBA G League Winter Showcase. Showcase is the NBA G League’s annual in-season scouting event, when all of the league’s teams converge in one city to play in front of NBA general managers and player personnel executives from all 30 NBA teams. The 2021 event will be the 17th edition of the showcase.

The NBA G League – the official minor league of the NBA – features 29 total teams including 28 one-one-one affiliations with NBA franchises, giving G League cities the opportunity to see NBA-level entertainment at an affordable price in a fun, family-friendly atmosphere.

The 2021-22 season marks the launch of four new G League franchises including the Birmingham Squadron. Also launching this season is the Denver Nuggets’ hybrid affiliation with the Grand Rapids Drive in Grand Rapids, Michigan and the NBA’s first-ever expansion team in Mexico – the Capitanes de Ciudad de México – an unaffiliated G League team located in Mexico City that will be based out of the U.S. for 2021-22 play.

Here is how the conferences are split up (Mexico City Capitanes and G League Ignite are not included in conferences): 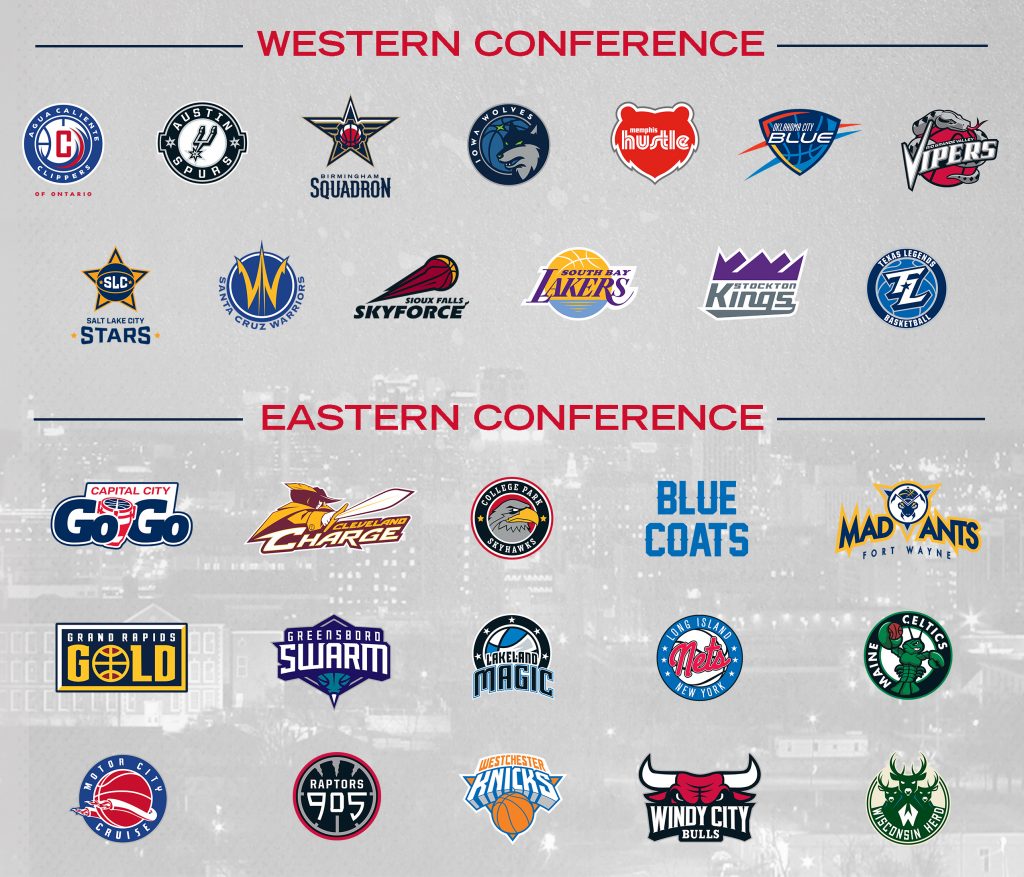 Two new Squadron 8-Game Plans are now on sale – the Gold Plan and the Red Plan. Beginning at $150, the Gold plan includes every home weekend matchup for the Squadron this season along with the home opener on Sunday, December 5th at 5:00 p.m. 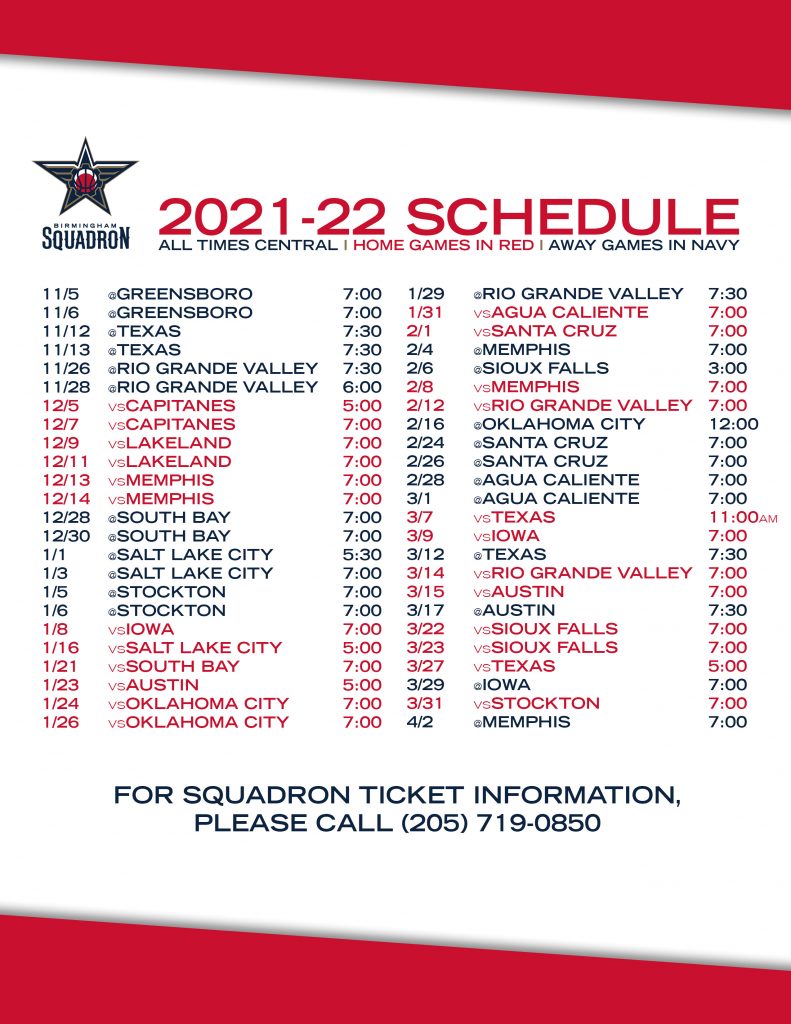